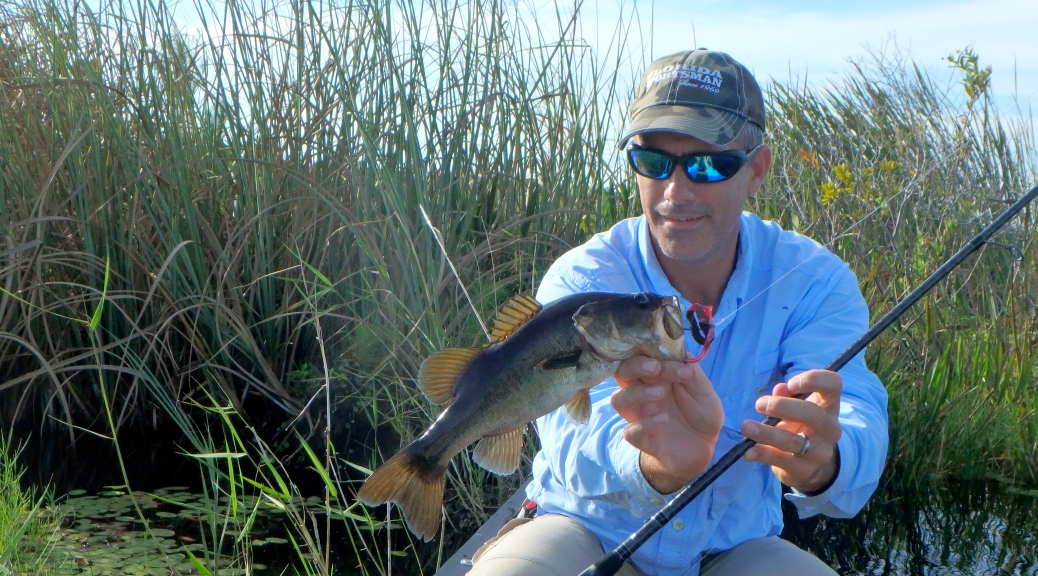 Although being an editor at a fishing magazine sounds glamorous, it’s honestly mostly office work, and a lot of it. But Today Florida Sportsman Editor Jeff Weakley snuck out before work to slip a canoe into some bassy backwater near Stuart, Florida to help put me on some fish for Catch a Cure.

You can tell Jeff’s put his time in on the water, and he chose a small, relatively hidden public access point to fish a coastal lake near the FS office. With these fish suspended in cover and easily spooked, we weren’t ripping across any enormous waterbodies in a flashy bassboat, we were putting in some elbow grease in his canoe, trying a stealth approach for these reluctant and hot summer bass. It got us talking about our first means of chasing fish, and I got to thinking about my first “Pond Prowler,” with a trolling motor that I hauled everywhere in Upstate New York in the back of a used Dodge Dakota in high school.

There is undoubtedly something wonderful about fishing out of such a simple and timeless craft as a canoe that reminds you why you loved the sport to begin with.

In total we caught 14, 1-pound largemouth bass that were hanging in some of the thickest cover I’ve ever tried to pull a fish out of. We contributed some new lures to the lake’s infrastructure, but as a guide once told me, “if you’re not getting hung up you’re not fishing the right places.”

It was the type of fishing that is work, in the sense that we by no means stumbled upon any “blitzing” bass, but sometimes that reminds you that you know how to do this when you need to.

And in places like this, once you lose sight of the shore, you can imagine how Florida must have been a century ago, with cranes soaring overhead and alligators lazily eyeing your offering.

And of course, hiding in the thick stuff, waiting to ambush the next frog, bug or baitfish, there are the bass that have been there longer than we’ve been chasing them that keep us coming back.