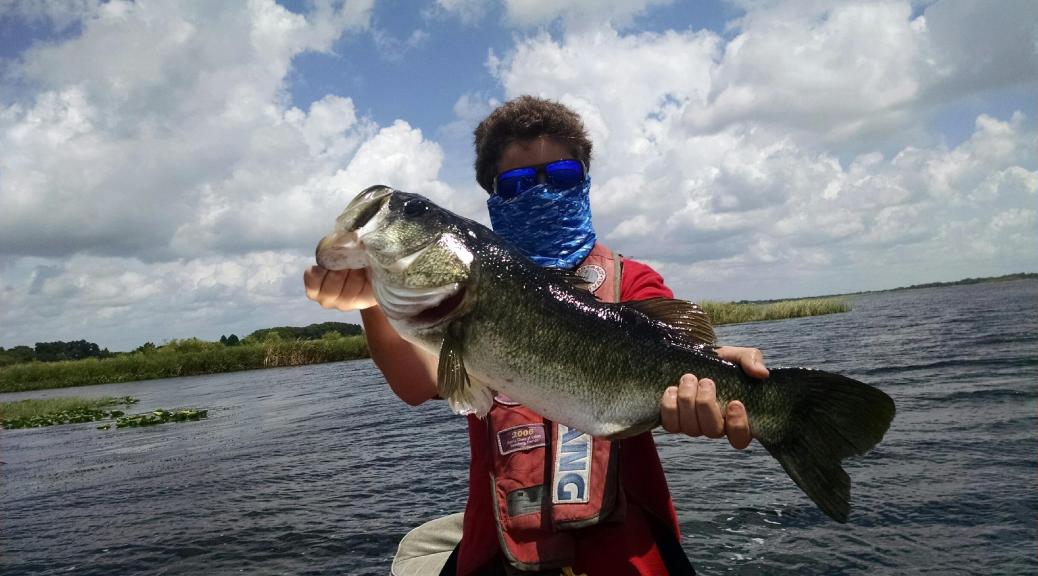 A wise friend and fisherman once told me, of this project and perhaps writing in general: “It can’t be about you.” And he was right. If you want to write something that’s about you, well that’s what a diary is for. In the picture to the left here you’ll see Matt Yudor, age 12, holding up a big Florida bass he caught while fishing with Steve Niemoeller. Steve sent me the picture this morning.

What I noticed first, though, is that Matt’s wearing a Buff, and one that I gave to Steve at that. That’s a part of his face he’s protecting from the sun, and hopefully, along with that, he’s becoming more conscious about the sun as a potentially dangerous element we have to be constantly aware of. And hell, even if he just thinks Buffs are cool, sometimes what you don’t know can help you.

In this second image you’ll see my cousins and some of my best friends from Upstate New York, Joe and Chris Crittelli. Now the bass they’re holding would be big by Florida standards, but they’re not in Florida. These guys are in Upstate New York where you’ve got a growing season for bass that’s about as short as anywhere in the lower 48.

Joe wouldn’t have me tell you this but he works in a plant where he sustained a serious injury a couple years ago that has made his life much more difficult. But the thing about guys working in plants in Upstate New York is, and Joe’s no exception, they’re not going to tell you about the parts of their lives that are hard, those they’ll keep to themselves. Joe and I were talking the other day and laughing about some of the funny stories we had from when my father was alive. We were laughing about the man we knew and loved, we weren’t talking about the fact he wasn’t here anymore.

Because that’s how we choose to remember him, those are the images we share with one another, the positive ones.

And that, make no mistake, is a choice. Steve Niemoeller chose to give Matt a Buff, who chose to put it on. My cousin is recovering from his injury and he’s getting out on the water every day he can, because he chooses to move forward rather than marinate in a difficult past.

And I’m fortunate enough to share their stories, something I’ll do, and choose to do, for as long as I can. And although this trip must come to a conclusion here soon, I’m already planning next year’s. That’s my choice, and I’m making it.