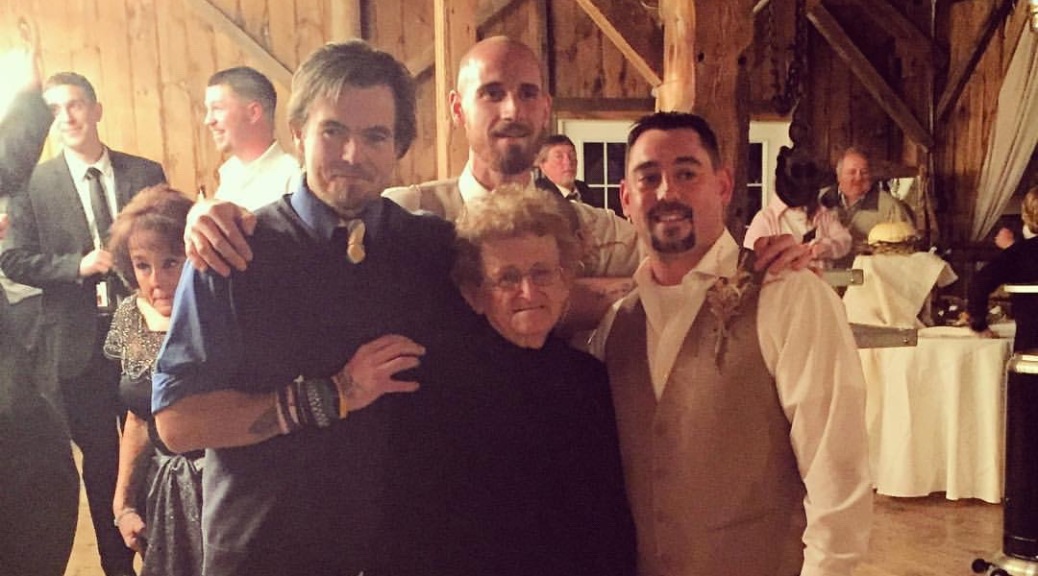 Alright, I might try to feign being some sophisticated academic at times here, quoting Hemingway and Harrison, but in all honesty, I’m a tattooed, country-music-loving, college basketball fan like most of the rest of you.

In that spirit, I’m creating the “Final Four,” of “Teams,” who have helped this effort more than most. This is in part inspired by the fact my Syracuse Orange are in the Final Four, so I’m paying more attention to the bracket than usual, but also because… well… it sounded fun. Without further ado…

#4: Emerson College: (Key Player: Gian Lombardo): When I executed the first Catch a Cure, I did it during the summer, between semesters at Emerson, where I’m pursuing my graduate degree in Publishing and Writing. In part I was hoping it would serve as a platform for a repeat, with greater sponsorship, but I knew working toward my degree had to come first. Prof. Lombardo, a fisherman himself, helped me build an academic project that would function with, and around, the fundraising project, and the school got behind my effort. Professor Bill Buettler, the Department Chair, and Emerson’s Dean of Graduate Studies, Jan Roberts-Breslin, were key players in getting behind this project, the function of which, in case you forgot, is to build you a magazine by asking what you want to read.

#3: Sponsors (Key Player: Get Vicious Fishing): When I decided to attempt a Catch a Cure repeat, after Buff so generously supported the first installment, I e-mailed everyone in the iCast directory (every company even remotely related to fishing) to solicit support. I sent out more than 100 e-mails detailing my project and my ambition to beat melanoma. Get Vicious, Native Eyewear,Sunology Sunscreen and Hanes and Rick Roth at Mirror Image all responded and got on board. It’s not fair to compare these companies, because some have more resources than others, and they all gave what they could, but Get Vicious agreed to donate up to $500 and contributed prizes for readers to win as well. So, although it’s close, they’re leading the charge from this group.

#2: BassOnline/BassMaster (Key Player: Tyler Wade and Steve Niemoeller): These are the people in the fishing community who came out of the WaterWork to help this project. The guys at Bassonline, almost every one of them, gave this project an essential element that it’d be nothing without: The Fish. It’s a nice idea to “Go try to catch bass on your own from shore,” as some suggested, but when pounds of fish are dollars, put plainly: you need guides. And I had some of the best on this effort. Tyler Wade and the people at B.A.S.S. gave the project a home, a place to live online, and for that I’m forever grateful. Steve Niemoeller, Todd Kersey, and all the guides at BassOnline made sure I had the means to put fish in this project, time and again.

#1: The Joneses (Key Player: Marilyn Jones): No, this isn’t a cliched phrase. My Grandmother, Marilyn Jones, getting back on her feet (literally, in a rehab center) is the old…er… wisest of the Jones family of which I’m the oldest grandson, but she embodies the spirit that exists through my large, Irish-Catholic, loving family. My cousins, Joe and Chris Critelli and Everett Lockwood are some of my best and oldest fishing friends. And my Mom, the oldest Jones daughter, is (and it’s true I’m biased) one of the kindest, most giving and outgoing people you’ll ever want to meet. Throughout this project, my family and extended family have come out of the woodwork to share my project on social media, support my effort and give me hope and faith in my attempt even when things looked bleak. This makes them the far-and-away favorite of the final four.