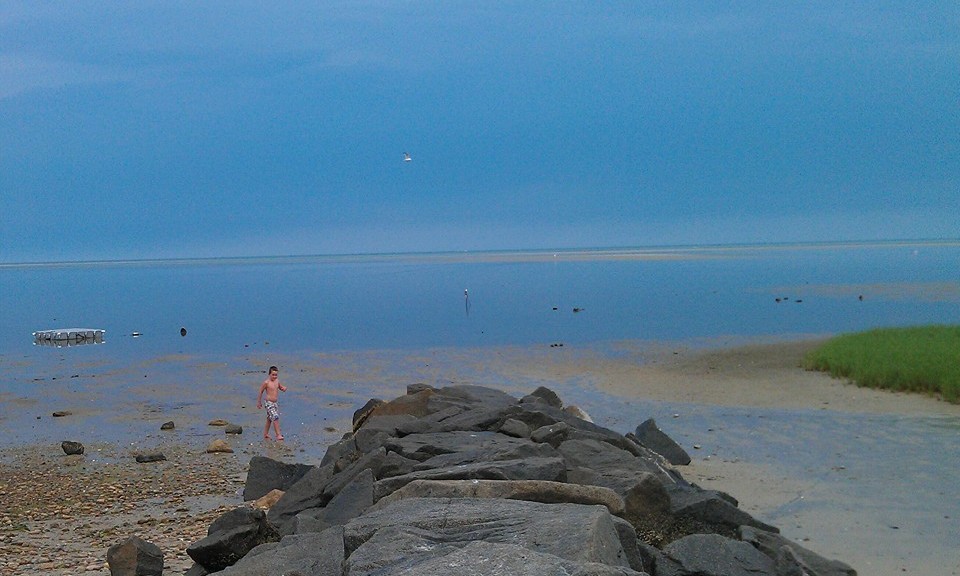 When my cousin, Everett Lockwood and I, were in high school, we were lucky to spend a few weeks on Cape Cod every summer, and of course our foremost priority was chasing fish. Since we lacked a boat, we eventually discovered the Brewster Flats, which offer a rare and unique opportunity for anglers to wade out almost a mile during low tide and fish a deep drop-off where a channel cuts about 17 feet deep through two sandbars and flows out to deeper water. Baitfish leaving with the dropping tide push through this channel and set up a virtual buffet line for waiting striped bass, bluefish and flounder.

If we stayed on the Cape for three weeks, we’d fish those flats 20 times if weather allowed. We lived for it. I learned a great many things from that experience as an angler and a young man, about safety, respecting the resource (we got good enough to catch keepers, and then smart enough to release them) and appreciating the little things in life, like the incredible ecosystem we got to witness on the walks out and back.

If I had to tell you how many striped bass, bluefish or flounder we caught in the ten years we spent wading the flats, I couldn’t even wager a guess, but one I do remember.

I’m from a large Irish Catholic family, and have more than a dozen cousins. A few would drop in for a week or a weekend during the summers and fish the flats with us, but I remember Dylan Wheelock’s first flats striper specifically.

Dylan is almost ten years my junior, which would have made him 12 or 13 the first time he waded the flats with us. As luck would have it, he caught a striped bass. It wasn’t big enough to keep, even had we wanted to, but I can still picture him, a young guy who, like me, had grown up mostly landlocked in Upstate New York, a mile from dry land, holding up a striped bass.

I was over at his mother’s house this winter and saw that she still had that picture hanging up in their house. It’s not a great photo, photo-wise: He’s off in the distance and the fish is barely discernible as a striper. It was probably taken with a disposable camera that we somehow kept dry.

But there’s a 13-year-old kid from Upstate New York holding a striped bass on the Brewster Flats, grinning ear to ear. I remember that fish, because it meant more to me to share that experience than it ever did to keep it all to myself. What, in this world, is worth anything if experienced or enjoyed alone?

That fish, a decade ago now, was probably the first wave of realization coming over me that there was something even more gratifying in this sport than anything we might attain from it of our own accord, alone: Sharing it with others.

Since then I’ve been blessed to have caught more fish than I ever dreamt I might in my entire life at that age, but I find increasingly that it’s the ones I see others catch that are meaning more and more.