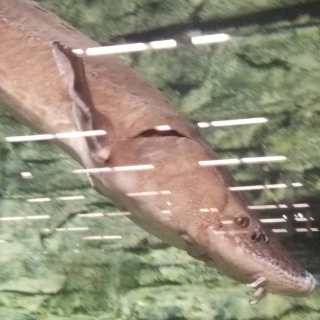 This past year I moved to Upstate New York to be closer to family, and because, well… Boston is an expensive place to live if you’re working with a marine artist who has seasonal hours. If you haven’t, please check out Joe Higgins’ work at fishedimpressions.com.

It was tremendous timing and luck, because just as I arrived back at the foothills of the Adirondack Mountains in Mohawk Valley, Bass Pro Shops was hiring a full-time sales associate in the fishing department.

I applied, was hired, was teased about living in a jeep for my first few months there, but have become a member of an incredible team of people.

If you’re reading this blog, chances are you’ve visited at Bass Pro Shops, and have some familiarity with the nature of the chain. Working behind the scenes is a little different.

During a typical week, we’ll be there between half an hour and an hour and a half before the doors open to the public. We’ll unload and run between one and three trucks ranging from 200-700 pieces. We’ll run the carts of backstock to make sure that every item any hunter or angler might be looking for is available to them. We’ll hold meetings to see what products we can get in that customers are asking for, we’ll field phone calls and questions that can come at a frantic pace, and we’ll help other departments however we can.

On any given day we might be having a fish finder shipped from a nearby store for a customer, sending out a rod for repair, spooling up dozens of reels, giving seminars on how to target local species, or … my favorite part, feeding the largemouth bass, smallmouth bass, sturgeon, crappie and trout that mesmerize visiting kids in the store’s enormous aquarium.

But the most fascinating part about working at the store are the stories. Rarely does a day go by where I don’t hear about incredible fisheries we’re fortunate to have in the Northeast, from Hudson-river stripers to St. Lawrence muskie.

I’ve had anglers invite me fishing, make and frame flies for me, give innumerable suggestions on places to visit, and share their stories about a life spent in pursuit of fish, beauty and adventure.

In all honesty I can say that I love almost every aspect of the job, the constant motion, the daily learning, the feeling of putting a new rod or reel into the hands of a fisherman who worked and saved for something they’ll treasure…

But the most inspiring part is a realization that first occurred to me as a teenager, then again as a twenty-something sleeping in a Jeep to fish the country (or as much of it as I could, thanks to the guys at Outdoor Life, Gerry Bethge specifically), then as a grad student fishing to raise money for melanoma research, and now again as a young adult: the community of anglers that you’ll find in any given location in the United States is a passionate, decent, altruistic and sincere one, and one that I’m grateful to be a part of. 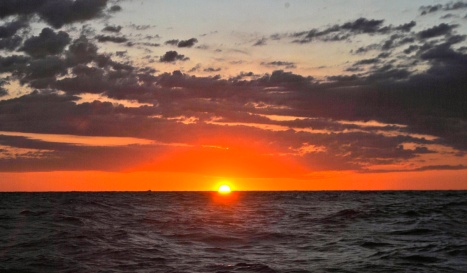 I remember, distinctly, the moment that I knew for sure that I wanted to go into journalism. It was about 95 degrees in August and I was working with my Uncle’s brother, who builds houses and log cabins in Upstate New York.

We were putting shingles on top of the roof, and I was carrying them up the latter. During the first week of the job, which I took for some summer spending money between semesters at Syracuse, I loved it. You could work outside, have a radio playing rock and roll, and you weren’t confined to a desk. This was great.

About a month in, by the time I got dropped off back home, I fell almost immediately asleep until waking at dawn the next morning. There were muscles in my body that hurt that I hadn’t known existed prior to taking the job.

While I was at Syracuse I worked two jobs. I was a student caller, and then manager at the Fund for Syracuse, where we solicited contributions for the school. About every fifth call you’d get as a caller would be someone willing to contribute, someone who wanted to talk about the football team and great memories that they had while at the school. The other four calls usually went something like: “We’re in the middle of dinner, please don’t call back.”

As a manager at the Fund for Syracuse we were tasked with inspiring, motivating, monitoring and reviewing the callers based on their performance. I’d use what budget we had to bring in snacks, prizes that callers could win, and I walked the floor throughout the shift trying to boost morale. However, we were in the basement of a gymnasium, a place where sunlight couldn’t reach, and there were only about a thousand places every caller at a desk would have rather been… even if they could have won a Syracuse T-shirt for soliciting the most contributions. We had to be there early to set the place up, and stay late to clean everything up and prepare for the next shift. This meant that if you grabbed a double on a Sunday (the only day where two shifts existed), you’d not see the sunlight between the hours of 11 a.m. and 9:30 p.m.

I also worked as a reporter for Rivals.com, covering both Syracuse football and basketball. During my first game in the press box, I was incredibly nervous, wearing a shirt and tie with a notepad in hand. Without thinking, I started clapping as the team prepared to kick off. I was looked at by every reporter in the box as though I’d set myself on fire.

I’ve been lucky to work a host of jobs since then, and I’ve tried to take something away from each one. And what I’ve learned is fairly simple, but I think, important. No matter what you’re doing, work is work, and it requires devoting time and energy to something that isn’t exactly relaxing or fun.

But if it inspires you, makes you feel alive and useful in some capacity that is unique to who you are, you’re lucky.

Finding words to wrap around a place, a person or a fishery… finding photos that tell that story in a way that is visually compelling to the reader, and that fit with those words… is work. Editing and improving those words and images when they come from others can be even more challenging.

But… if you’re doing something that makes you feel as though it’s a culmination of your life’s purpose and experience to that point, I don’t think that there’s anything more that you can ask.